Carica is a genus of flowering plants in the family Caricaceae including C. papaya, the papaya (syn. C. peltata, C. posoposa), a widely cultivated fruit tree native to the American tropics.

The genus was formerly treated as including about 20-25 species of short-lived evergreen pachycaul shrubs or small trees growing to 5–10 m tall, native to tropical Central and South America, but recent genetic evidence has resulted in all of these species other than C. papaya being reclassified into three other ... 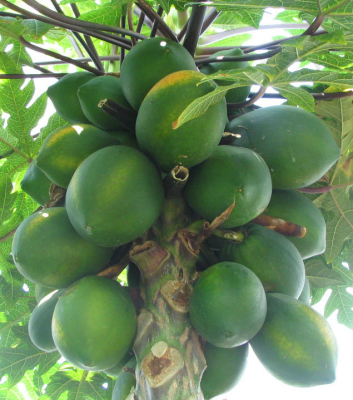