Carpobrotus, commonly known as pigface, ice plant, sour fig, and Hottentot fig, is a genus of ground-creeping plants with succulent leaves and large daisy-like flowers. The name refers to the edible fruits. It comes from the Ancient Greek karpos 'fruit' and brotos 'edible'.The genus includes some 12 to 20 accepted species. Most are endemic to South Africa, but there are at least four Australian species and one South American. 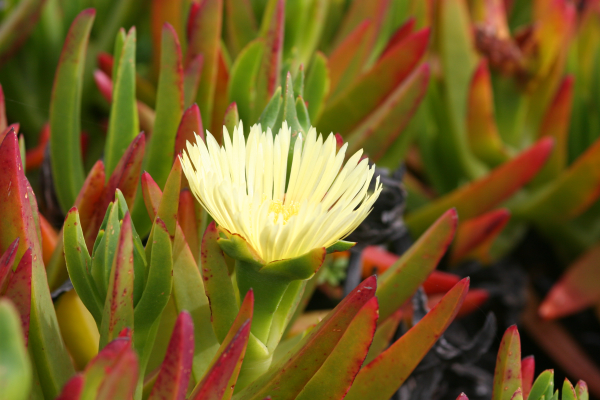