The link is saved to the clipboard
Other plants of the family: acis nicaeensis
Read more

Acis is a genus of perennial, herbaceous and bulbous plants in the amaryllis family (Amaryllidaceae, subfamily Amaryllidoideae). The genus consists of nine species distributed in Europe and Northern Africa. Acis was previously included in Leucojum; both genera are known as snowflakes.

Acis species are perennial bulbous plants. The flowers have six equally sized tepals, unlike the related genus Galanthus (snowdrops) in which the inner three tepals are shorter than the outer three. The tepals are ... 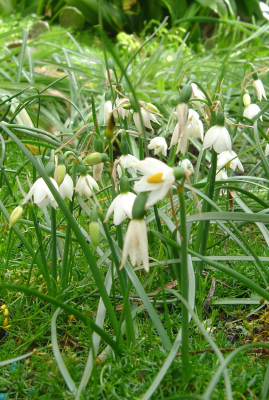