Portulaca (, purslane) is the type genus of the flowering plant family Portulacaceae, comprising about 40-100 species found in the tropics and warm temperate regions. They are also known as purslanes.

Common purslane (Portulaca oleracea) is widely considered an edible plant, and in some areas it is invasive. Some Portulaca species are used as food plants by the larvae of some Lepidoptera species including the nutmeg moth (Hadula trifolii). 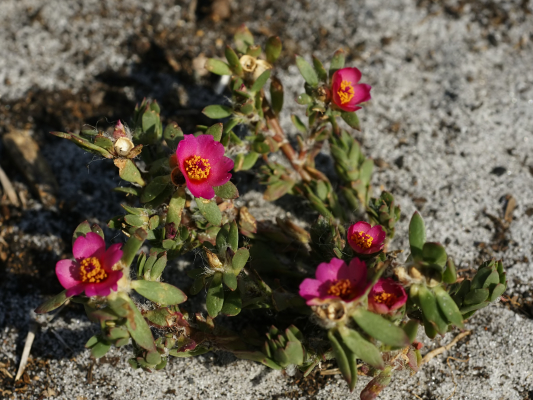