Ageratina (snakeroot) is a genus of more than 330 perennials and rounded shrubs in the family Asteraceae.

These plants grow mainly in the warmer regions of the Americas and West Indies. Over 150 species are native to Mexico. Some flourish in the cooler areas of the eastern United States. Two Mexican species have become a pest in parts of Australia and Taiwan. Ageratina used to belong to the genus Eupatorium, but it has been reclassified.

The genus name Ageratina means 'like Ageratum' and consists ... 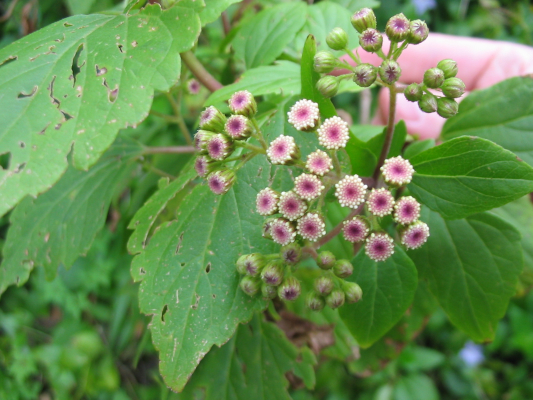