Afzelia is a genus in family Fabaceae (legumes). The thirteen species all are trees, native to tropical Africa or Asia.

Afzelia species are used primarily for wood, though some species also have medicinal uses. The timber is most commonly traded under the collective name 'doussie', as well as under name 'afzelia'. One of the common names is also 'pod mahogany', adding to the confusion surrounding the name mahogany.

The seeds are red and black and are used as beads.

The wood is often used as the surface ... 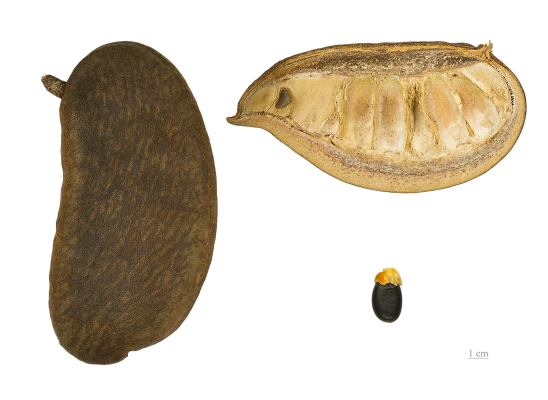