Goodeniaceae is a family of flowering plants in the order Asterales. It contains about 404 species in twelve genera. The family is distributed mostly in Australia, except for the genus Scaevola, which is pantropical. Its species are found across most of Australia, being especially common in arid and semi-arid climates.

Species in Goodeniaceae are generally herbaceous with spiral leaves. Flowers have a single plane of symmetry (monosymmetric; Brunonia being the sole exception), and are either fan-like ... 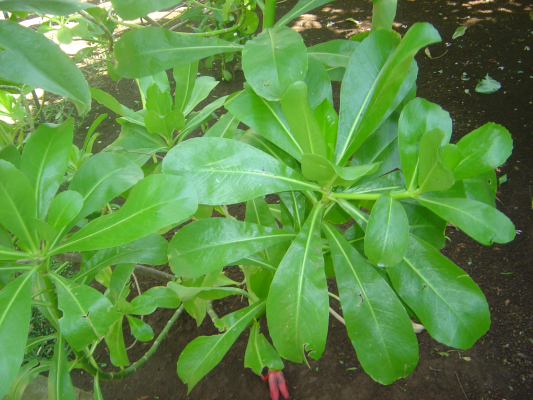