The link is saved to the clipboard
Other plants of the family: clintonia borealisclintonia udensisclintonia uniflora
Read more

Clintonia is a genus of flowering plants in the lily family Liliaceae. Plants of the genus are distributed across the temperate regions of North America and eastern Asia in the mesic understory of deciduous or coniferous forests. The genus, first described by Constantine Samuel Rafinesque in 1818, was named for DeWitt Clinton (1769–1828), a naturalist and politician from the U.S. state of New York.

The genus Clintonia is morphologically diverse. Species are herbaceous perennial plants growing from ... 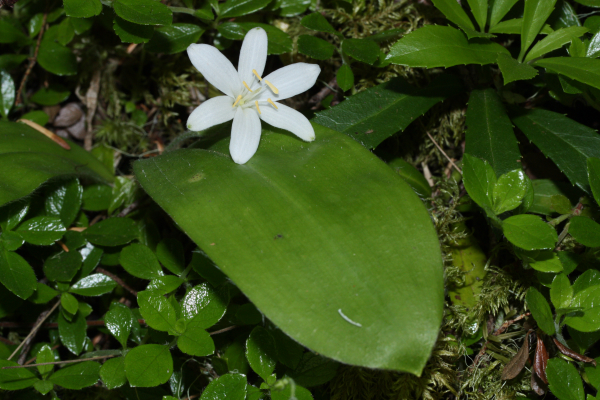