The link is saved to the clipboard
Other plants of the family: afrocarpus gracilior
Read more

Afrocarpus is a genus of conifers of the family Podocarpaceae. Two to six species are recognized. They are evergreen trees native to Africa. Afrocarpus was designated a genus in 1989, when several species formerly classified in Podocarpus and Nageia were reclassified.

Afrocarpus gaussenii was based on a single specimen of a cultivated individual of Afrocarpus falcatus in Madagascar. Its distinctive features might have resulted from the conditions of its cultivation. No species of Afrocarpus is known ... 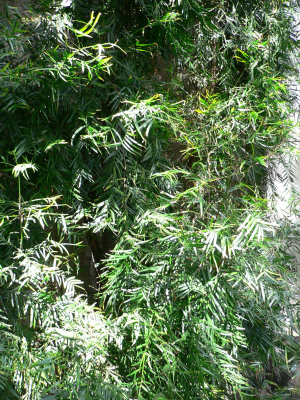