The link is saved to the clipboard
Other plants of the family: atherosperma moschatumatherosperma novae-zelandiae
Read more

Atherosperma moschatum, the southern sassafras or blackheart sassafras, is an evergreen tree native to the cool temperate rainforests of Tasmania, Victoria, and New South Wales in Australia. It is common in the rainforests of Tasmania and Victoria, but more scattered and rare in the higher altitudes of eastern New South Wales. The northernmost area is at Mount Grundy, west of Port Macquarie.

The southern sassafras was first described by French naturalist Jacques Labillardière in 1806, and was the ... 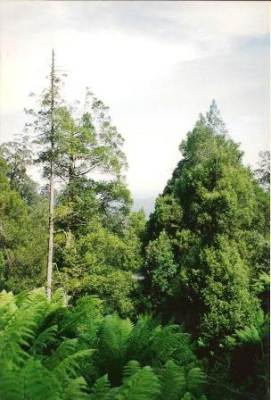