Polypodiaceae is a family of ferns. In the Pteridophyte Phylogeny Group classification of 2016 (PPG I), the family includes around 65 genera and an estimated 1,650 species and is placed in the order Polypodiales, suborder Polypodiineae. A broader circumscription has also been used, in which the family includes other families kept separate in PPG I. Nearly all species are epiphytes, but some are terrestrial.

Stems of Polypodiaceae range from erect to long-creeping. The fronds are entire, pinnatifid, ... 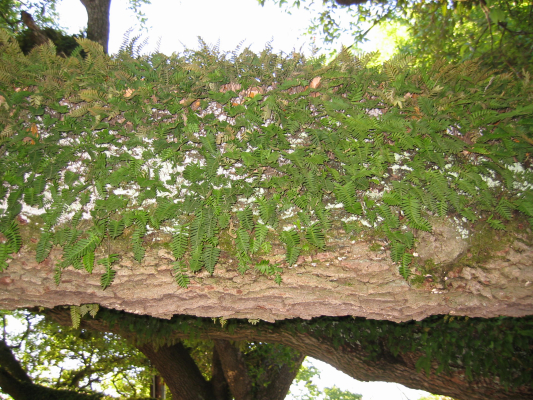