Sladeniaceae is a family of flowering plants containing tree species found in subtropical to tropical environments in East Africa (Ficalhoa), Burma, Yunnan, and Thailand (Sladenia). The family consists of trees with alternate, simple leaves without stipules, and flowers arranged in cymose inflorescences.

The circumscription of the family is variable, with some systems describing the family as consisting solely of the genus Sladenia, which has been variously considered a member of the Theaceae, the ... 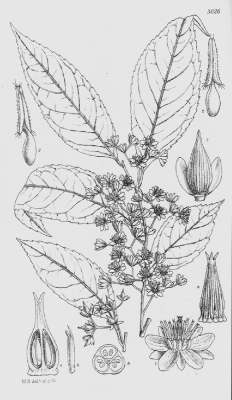