Aizoanthemum is a small genus of plant in the family Aizoaceae, native to Namibia and Angola. It has only 5 species. Before being given their own genus, these species were considered a subgenus of Aizoon. The genus name comes from the Greek 'anthemon' (flowering) and for the similarity to the genus Aizoon. 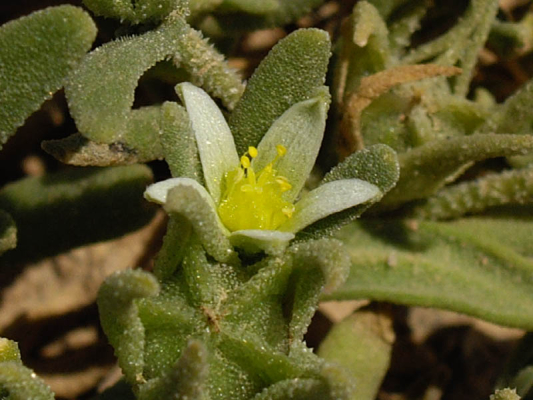