Datura stramonium, known by the common names thorn apple, jimsonweed (jimson weed) or devil's snare, is a plant species in the nightshade family and datura genus. Its likely origin was in Central America, and it has been introduced in many world regions. It is an aggressive invasive weed in temperate climates across the world.D. stramonium has frequently been employed in traditional medicine to treat a variety of ailments. It has also been used as a hallucinogen (of the anticholinergic, deliriant ... 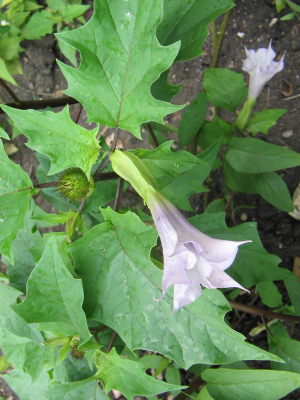