The chestnuts are a group of eight or nine species of deciduous trees and shrubs in the genus Castanea, in the beech family Fagaceae. They are native to temperate regions of the Northern Hemisphere.

The name also refers to the edible nuts they produce.

The two accepted species of American chestnuts are Castanea dentata ... 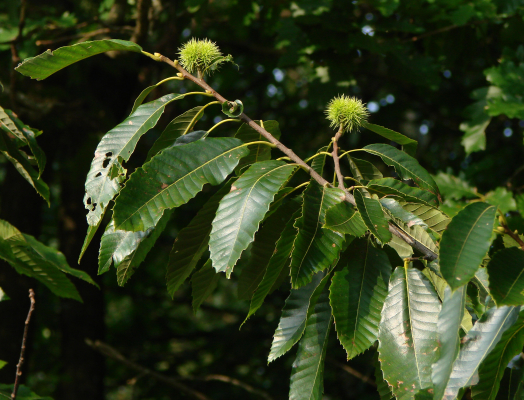