Gagea is a large genus of spring flowers in the lily family. It is found primarily in Eurasia with a few species extending into North Africa and North America.The genus is named after the English naturalist Sir Thomas Gage (1791-1820). They were originally described as species of Ornithogalum, which, together with the usual yellow colour of the flowers, explains the English name yellow star-of-Bethlehem for the common European species, Gagea lutea. 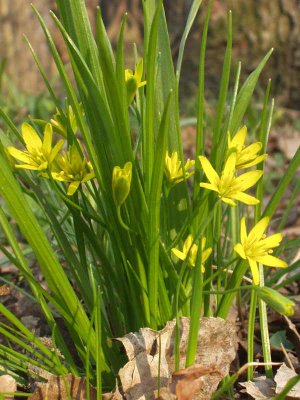